How to move a photo to another album in Facebook (2020)

Sometimes when I’m uploading a group of photos to Facebook I forget to set an album for them. It defaults to the ‘Mobile Uploads’ album. It’s harder than you would expect to move those photos afterwards! This also works to move photos from one album to another in general.

After a lot of searching and trial and error, this currently works for me in 2020 on a desktop computer.

Go to your Mobile Uploads Album

I couldn’t do this directly. Mobile Uploads doesn’t show up on the default Albums tab under the Photos section in Facebook. I had to go and find a photo that was in the Mobile Uploads album to get to it. However this url is currently working to bring you directly to your a full list of your albums. From here you can access whichever album you want to move the photo(s) from, including Mobile Uploads.

Find a photo you want to change the album for

Find a photo you want to move and use the edit icon on the top right to get the ‘move to another album’ option. Note that since recent Facebook updates not all photos will give the option to move to another album. Photos uploaded as a group cannot be moved. Photos added by themselves can. 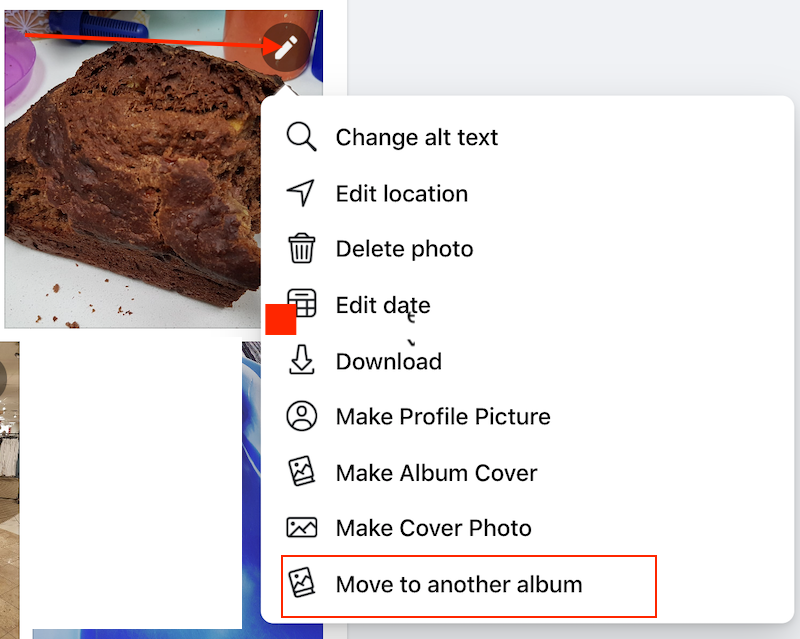 Choose the album you want to move the photo to

Select your new album from the dropdown. Note the warning that this will move the photo from your original post on your timeline. So if there are already comments or likes on the group of photos you posted then you may lose those. 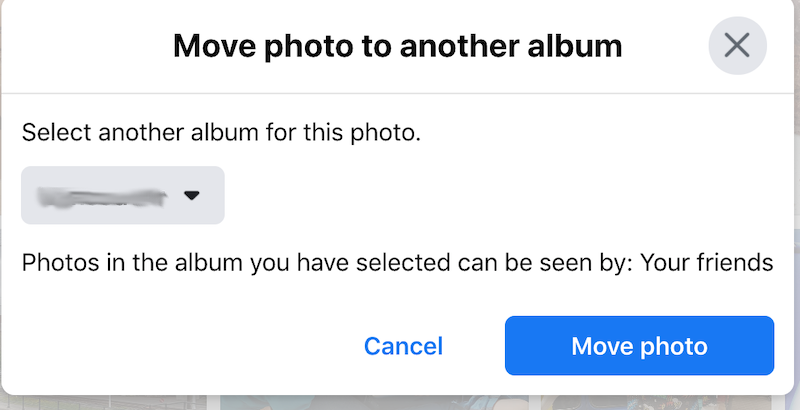 Finally, save your changes to the Mobile Uploads album and your photos should have been moved to the new album that you selected.

If you enjoyed this tutorial please consider making a donation to fund more!